A Facebook friend shared a photo of a French man with a yellow triangle stuck on his chest. “Shame on you Marseille” she wrote.

So I read the caption, obviously:
“French homeless forced to wear ‘yellow triangles’”

What is wrong with France I wondered before I had time to think, brain blinded into alarm mode. Have they gone mad?

“The city of Marseille has been blasted for using Nazi-era tactics to identify its homeless population by issuing them with ID cards, adorned with a yellow…”

Well I bet, for crying out loud, what were they thinking?

A bit of research (in French, it helped) and the story appeared to be political poop-stirring. Once a city votes a far right councillor into office, as Marseille has, all sorts of poop will hit the fan; from stories that absolutely need to be reported to twisted facts taken out of context to create catchy headlines (and poop-loads of hits on a website).

And now in this country, as I feared prior to the European elections, main political parties have jumped on the immigration bandwagon, driven as we are by the media’s bottom line rather than balanced facts and figures. With a far right party driving the national train to the good-old-days of la-la-land stuck firmly in the long gone era of steam engines, I wonder: what is waiting for us at the next station?

Now, if you are concerned with the rise of UKIP in this country, you may think so long as we point out how dangerous the Far Right could become, never mind the tactics. Maybe, then again adding oil to the fire of xenophobia has consequences. When I commented on my friend’s Facebook that the original idea of that yellow triangle was to help, it was not an obligation nor supposed to be worn in full view, my friend was not having any of it. She’d seen the yellow triangle, and like me, understandably seen red. “Wake up and smell the coffee” said an outraged Facebook friend of hers.

There are images that blind us. A yellow triangle is one of them; rightly. There are stories that scare us. In an economic crisis, the fear of our child or grandchild losing their job to a lesser paid foreigner will shout loud and clear ‘Protect my child”. People who can’t find a decent job will understandably look to political parties that promise to offer answers. We need to blame someone for the ills of our overcrowded NHS and schools, worn out roads or zero hour contracts.

Nigel Farage on BBC Question time yesterday (11/12/14) explained that foreigners would exasperate these national problems with no explanation of how he would solve these exasperations. When an angry woman in the audience shouted against the rise of the far right, Mr Farage turned to Russell Brand – who had been told he should stand for election by another angry man in the studio – “Yes, you should stand for election. These are your voters. They’re lovely people”; imagine a half smile of contempt behind eyes that mean anything but the words being spoken. Man of the people indeed, maybe he should become a comedian, sarcasm at the ready.

Blaming foreigners turns to something like this “Maybe with Marseille’s collaboration during the war they learned all the wrong things?” was one of the comments on my friend’s Facebook post. Thump. Why don’t you just whack me in the face and kick me in the stomach? I thought. But did not write. These ‘articles’ and this constant blame game bring the worst out of us.

Ahead of an election year where dozens of communication specialists paid by political parties will look for stories to bash the opposition with; when more out of context quotes from politicians will create rivers of quick outraged articles that will leave the real issues unanswered, I can’t help but wonder quite how nasty it will become.

When I left France twenty seven years ago Monsieur Le Pen was beginning to change the face of French politics; and in its wake, France. Rather than build bridges that history had created and politicians had exasperated, canyons of hate are still being dug, forever wider. Here in the rural South West of England, a small minority were followed by a large proportion of voters in the last European elections. Two UKIP MEP’s sit at the European parliament representing the South West. That’s two out of six. I have a growing bitter taste of déja-vu in my mouth. 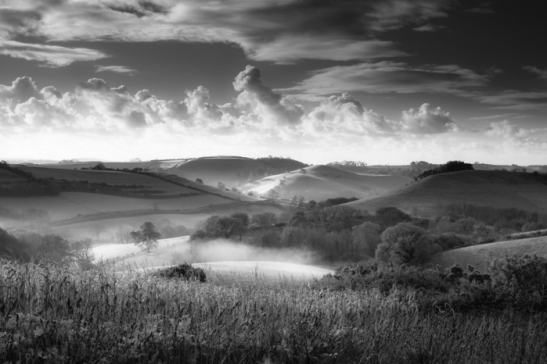 France is different, friends assure me. Yes it is, but like it or not we are joined at the hip by European history. I sure hope the Rosbifs will not go down the same route nationale as the Frogs. We can’t vote for celebs, MP’s is all we have. But Russell Brand has a point, the air smells of revolution.

I hope it does not have the bloody taste of the French Bastille of old nor have the smelly whiff of today’s French political landscape. Oh and like all Europeans in the UK, I can’t vote in the national elections. The fate of the UK political landscape is down to British and Commonwealth voters.

We’re in your hands.