Never mind the rain, when the local hunt meet in the village all gather and life goes on.

It’s that time of year when the trees are silhouettes that let the light through the branches, the mist hovers over the fields, the sunshine tries to break through. Time to wrap up and hear the ground crackle under the walking boots. 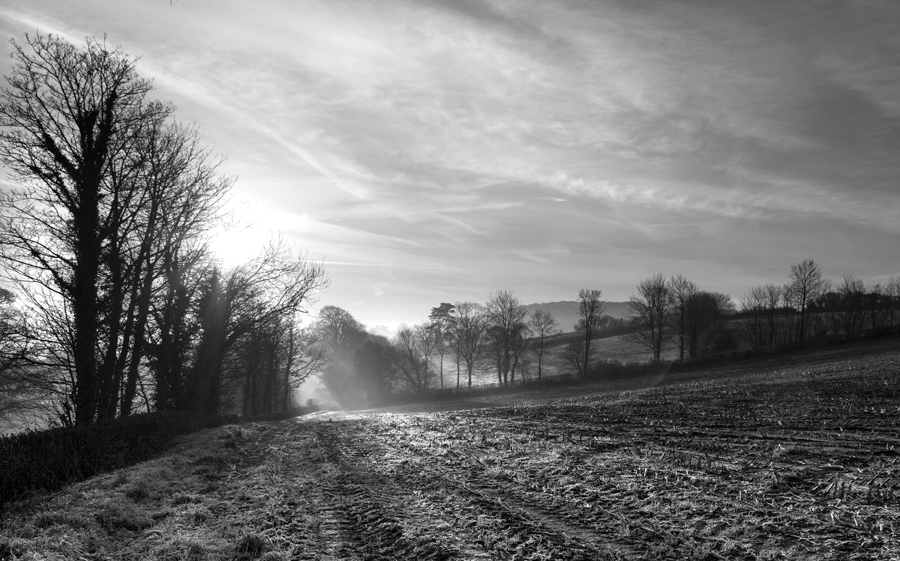 Summer, West Dorset, a photo by natamagat on Flickr.

Fun in the sun for Beaminster Big Day 2013

Beaminster Big Day is the last day of Beaminster Festival. It is held every other year, alternating with Dancing in the Square another Community event celebrating the beginning of the Festival. 2013 was a scorching day enjoyed by many.

A few months back I went to see one of the last BBC Worldwide masts being taken down on Rampisham Downs. They were used them for 70 years until digital came along and the massive metal monsters became redundant.

A little video of the last days of the Rampisham Masts.

Went down to Beaminster this morning, few people around but all said “hello” in a cheery way.

“Isn’t it beautiful?” they said.

“I remember the winter of 1963” said an old boy. Does make me wonder, come Monday will we feel the same?

It was easy enough to get down, carefully. Driving back up however, was a different story.

So the car got left at the bottom of the hill, and the shopping was carried up.

Well it is beautiful and lots of fun was had by many today. I just went around with the camera…

and loved every minute of it!

How weird will it be when we drive to Maiden Newton and there are no masts to tell us we’re nearly there?

One by one the Rampisham masts are being taken down.

And to the ground they fall and crumble. 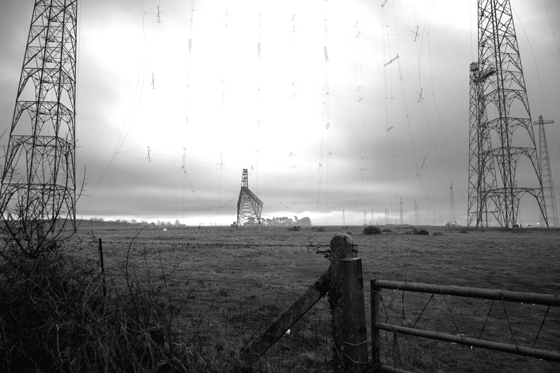 A tiny pile of metal where once stood a giant.

Tall and proud they broadcasted British ways around the world.

No longer needed, down they must come,

and to pieces they must be torn,

as a scavenger would a carcass.

They stuck out like a sore thumb in the West Dorset heavenly countryside,
Equally were a stunning otherwordly man made addition come rain or shine.

For miles around, West Dorset views will never be the same.

Rampisham masts, I will miss you.

Do people tweet in Beaminster? Oh yes… they even have tweet-ups. The first West Dorset tweet-up was in December 2010. Where? @matkiwi’s Wild Garlic. Almost two years and half a dozen tweet-ups later, the latest WD twitter gathering was @cafeannday.

@tim_harrap a self proclaimed chatter box and keen tweeter (aka @BritishCheese) helped witty writer and blogger of note @maddiegrigg organise a ‘leaving do’ to celebrate her Big Fat Greek Gap Year. She may be leaving West Dorset’s rural underbelly for a while but of course she’ll only be 140 characters away in the twittersphere.

Meanwhile, face to face in Beaminster they discussed travel plans helped by a few Fat Rascals.

Beaminster resident @Willoqueau and her other half -sitting next to Tim- didn’t have far to come. Bridport’s @tamsinchan and @DorsetScouser (aka @DorsetbyNight) came along for the first time.

@jurassiccoastin and @missseapeaches popped in on their way to Dartmoor; by which time I clearly had serious phone shake (was it two coffees I had?), @dorset_flickr will be happy I missed her in the shot.

@marion_taylor deserted Dorset for Somerset for the day. Unforgivable. @markthegarlic threatened to drive past with his tractor ‘Im working all weekend sorry’. We didn’t spot him. Too busy eating Fat Rascals.

@theredbladder did not make it as he has a ‘firm and unshakable belief that after Melplash one is in danger of dropping off the edge’. Understandable. Some Dorset things don’t change.

Others do; like live tweeting on air from Beaminster. @zsk was working in Dorchester on her Big Dorset Brunch so she just brought the tweet-up to her BBC Radio Solent show via @tim_harrap and his phone who shared his Twitter thoughts with her listeners. Possibly in 1.40 minutes.

And talking about Beaminster, some people have a shop counter, scissors or knives between them and a social cuppa (what do you mean better things to do?) … but tweet they do: @greendrawers, @eatdorset (pop in at Green Drawers to meet them both) @dorsetretail (he’s at Cilla and Camilla) and @marketingWestUK, @mellymop123, @helendorset not forgetting @matkiwi, all otherwise engaged.

Why do I like tweet-ups? It’s the new people I meet, the random conversations we have, the information we share, catching up with their news and hearing their views in proper long sentences. It’s putting a real face to the avatar. There is no replacing looking people in the eye even if we have weird, wonderful, witty (ahem wishing in my case) and sometimes serious social network conversations…

See you at the next tweet-up? 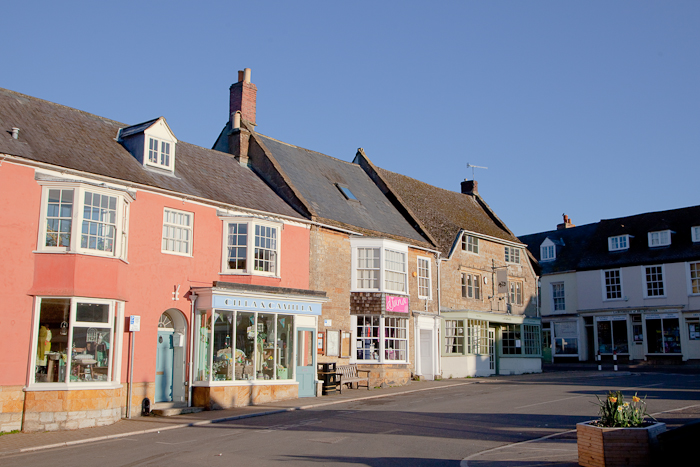 I took friends and family to Weymouth on Saturday 28 July to see the Battle of the Winds final extravagganza of aerialists, the 2012 torches wade into the sea, the pyrotechnics and generally start enjoying Olympic atmosphere. I mmm’ed and rrrr’ed it would be a bit too crowded, but hey it’s a once in a lifetime, so off we went.

There was plenty there, but not quite what I expected. An empty Monkey Jump Park & Ride welcomed us mid afternoon. A brand new double decker took all seven of us into town on the shiny new bypass that we are being warned not to use. Many more empty buses were waiting to Ride elusive Parked punters back to their cars.  We strolled along the spacious promenade to the Bayside Festival where our Somerset friends learned about the Jurassic Coast wonders. My kids loved being taught a few tricks by the ExtremeSports team, great guys under the tatooes and dreadlocks.  At 6.30 pm Bayside eating area had all of ten tourists having tea listening to the Acoustic Stage. At 7pm the long expected queue to get into the enclosed “Weymouth and Portland Live Site” was painfully tiny…

Great news as a visitor, plenty of space, unexpected free entry to Bayside; not such great news when talking to the locals who have invested money and worked hard for months. Why the big signs in surroundings counties of how busy it may get? Put them up when it does get busy, not before. These are the days of mobile phones, twitter, facebook, information is fast. Does St Tropez warn tourists in Lyon? NON. They let them all come, get stuck, take their money and let them queue. Tourists do come back, every year and it’s still a nightmare to get to St Trop.

I got cross with dorsetforyou. Stop caring people off I said on twitter.

“@natamagat Just informing people about changes and road closures. We want to encourage people to come down, but plan their journey 1st” they replied.

Well, West Dorset looks awfully quiet. The dreadful recent events due to floods and landslides are still fresh on people’s mind but it does not mean the whole area should be avoided. Local businesses that rely on Summer visitors need help, not scaremongering tactics.

Tell everybody how easy it is to get here (I’m told there’s even a High-Speed train from Weymouth to Bristol but it’s not advertised, go figure), that there’s lots to do in Weymouth, that Bridport has a fantastic Festival of Culture in August, that Beaminster has lots of great shops and brilliant restaurants all year round with perfect presents to take back home despite the Tunnel being closed.

Hello world, this is the year to visit West Dorset, it’s quiet and if you fancy art, culture, food (of course) oh and the small matter of Olympic sailing along our beautiful Jurassic Coast, well there are plenty of events that locals have been organising for weeks. It’s not too late to book a few days in West Dorset…

Photography on this post from Saturday 28 July in Weymouth.